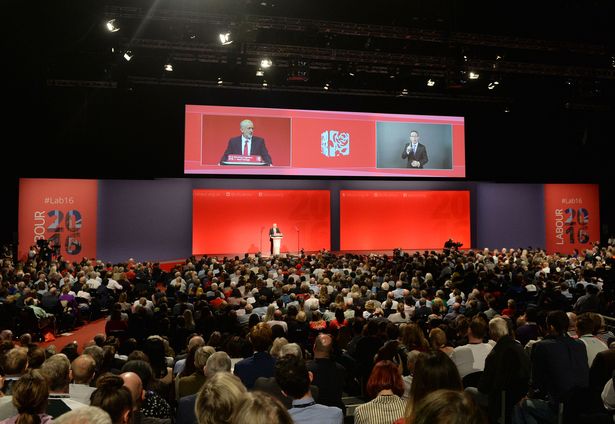 Oxford Labour’s two conference delegates, Nick Walker and Felicity Irwin, have written reports on their experiences and actions from September’s Labour Party Conference. You can read both report’s in their entirety below.

“In this report I’ve tried to describe what I heard and saw at our party conference, which took place in Liverpool between the 25th and 28th September. I also describe how and why I voted on the various motions and issues that came up. I’ve included a few photos along the way. Mostly taken from my delegate’s seat and not of great quality. Partly they were to help me remember what I saw, especially because quite a few of the Labour front bench team are fairly new in their posts and not yet familiar faces. Of course several of them have now switched roles.

Caveat: please don’t assume quotes are exact. Some are accurate because I’ve copied them from the transcripts of speeches, which are helpfully sold by Labour Students for a pound each, but other “quotes” are either from my memory (which isn’t too good) or transcribed from my sketchy notes.”

“I would like to thank the CLP for sending me as a delegate to this year’s conference. I found it inspiring, informative and enjoyable both personally and politically. Although at times complicated and confusing procedurally, it was a great opportunity to hear from activists, and leading Labour figures as well as meet with and talk to delegates from across the country. Clearly the event was shaped by this summer’s leadership contest and the resounding confirmation of party members’ support for Jeremy Corbyn and the direction in which he is leading the party. While it is regrettably clear that a small minority remain unwilling to accept that result, my overwhelming impression from delegates irrespective of who they might have supported is that we need to move forward together with a clear focus on providing an alternative to the Tories.”