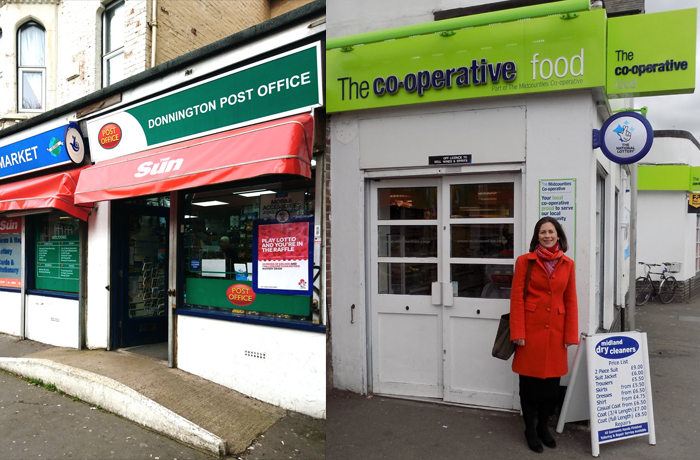 Labour Party representatives have stepped in to save the Donnington Post service.

Labour’s candidate for Iffley Fields & St Mary’s Helen Evans said: “I’m really pleased that the Donnington Post Office is going to be saved. Whilst we still have to wait for a final approval from the Midcounties Co-Operative they do normally go ahead as planned. I’m so very heartened and excited for local residents who will see their services returned!”

Oxford East MP Andrew Smith said: “Closing the Post Office would have been a bad blow for local residents. So many people in the Donnington area rely on the Post Office, and would have been unable to travel to Abingdon Road or Cowley Shopping Centre. I’m pleased to see that there is such a good proposal on the table, and will work with councillors and residents to make sure the service is maintained.”

Labour city councillor Steve Curran said: “This is brilliant news. The Post Office is a necessity for the elderly and less mobile members of this community and those not able to travel to either Cowley Centre or Abingdon Road. We’ve worked really hard to find a creative solution, and the Co-operative have done us a great service by offering to take on the Post Office.”

Over the next 6 to 9 months Midcounties Co-operative will draw up refurbishment plans and hold a consultation. Once this is complete they’ll be able to make a final announcement on the Post Office.