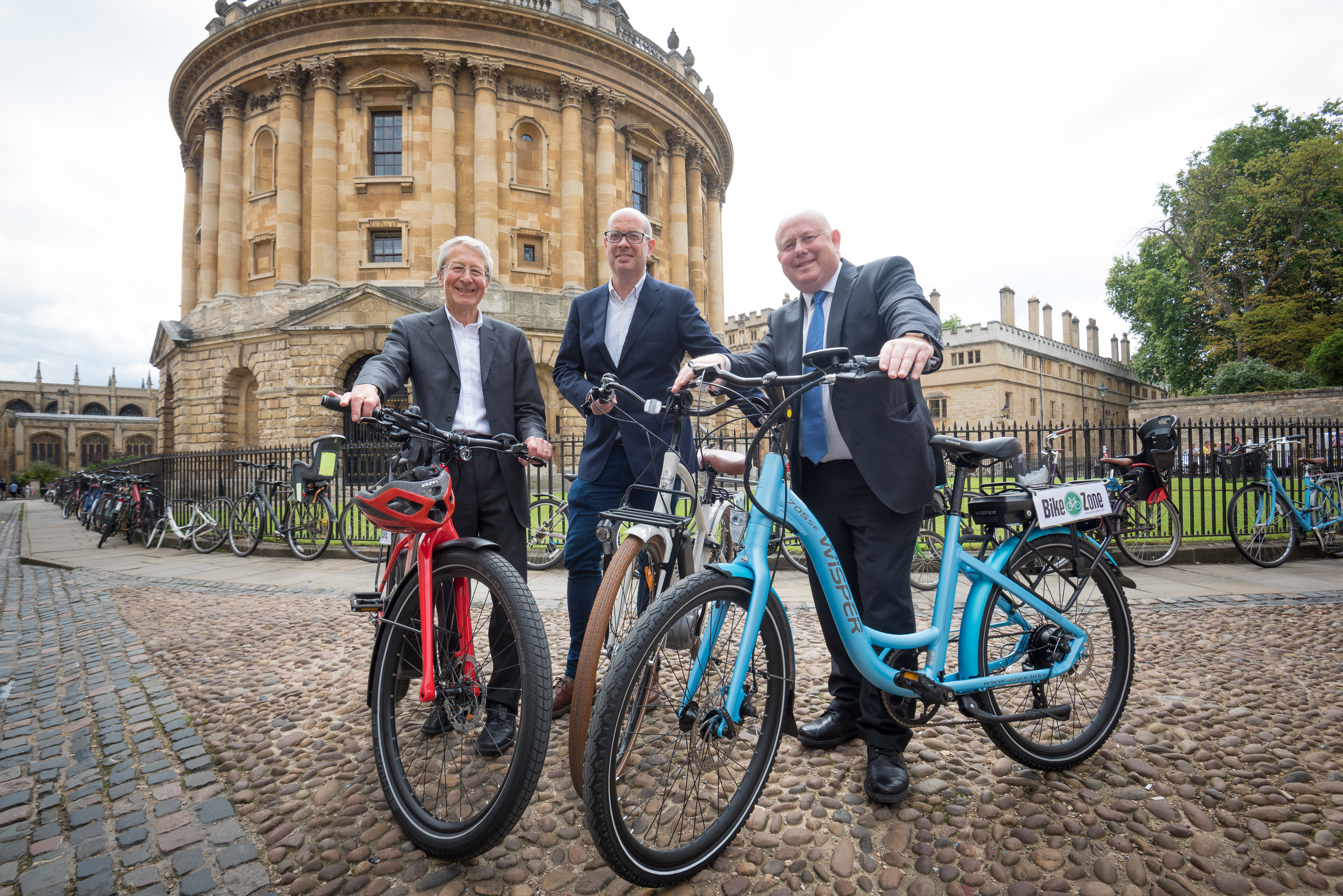 The National Infrastructure Commission has tasked Mr Gilligan, the former Cycling Commissioner for London, to work with local councils and local organisations to create a vision of what is required for cycling to become a “super attractive” mode of transport in Oxford, Milton Keynes and Cambridge. Mr Gilligan will provide advice over the summer on how the existing infrastructure can be used better, and what more could be done to help local residents to get on their bikes.  Andrew Gilligan joined Councillor Bob Price, Leader of Oxford City Council, and Councillor Ian Hudspeth, Leader of Oxfordshire County Council, in the city on 8 August to try out the latest electric bikes next to the famous Radcliffe Camera.

Labour Councillor Bob Price, the Leader of Oxford City Council: “We are delighted to welcome Andrew Gilligan to Oxford, our cycling city where already thousands of people commute to work by bike. We will show him our aspirations run much higher -; we want Oxford to become not just the UK’s cycling capital, but an international model that inspires cities across the world to promote cycling as a means to tackle pollution and congestion, and keep people healthy. The City and County Councils have spent significant amounts in recent years to improve cycling infrastructure across Oxford, but funding from the National Infrastructure Commission will allow a significant step change. We want to see more segregated and car-free cycling lanes that link transport hubs with employment sites, and more cycle parking in the city centre and at park and ride sites, to further encourage people to commute by bike. For a city with what is essentially a medieval street plan that’s challenging; but with the right backing it is achievable.”