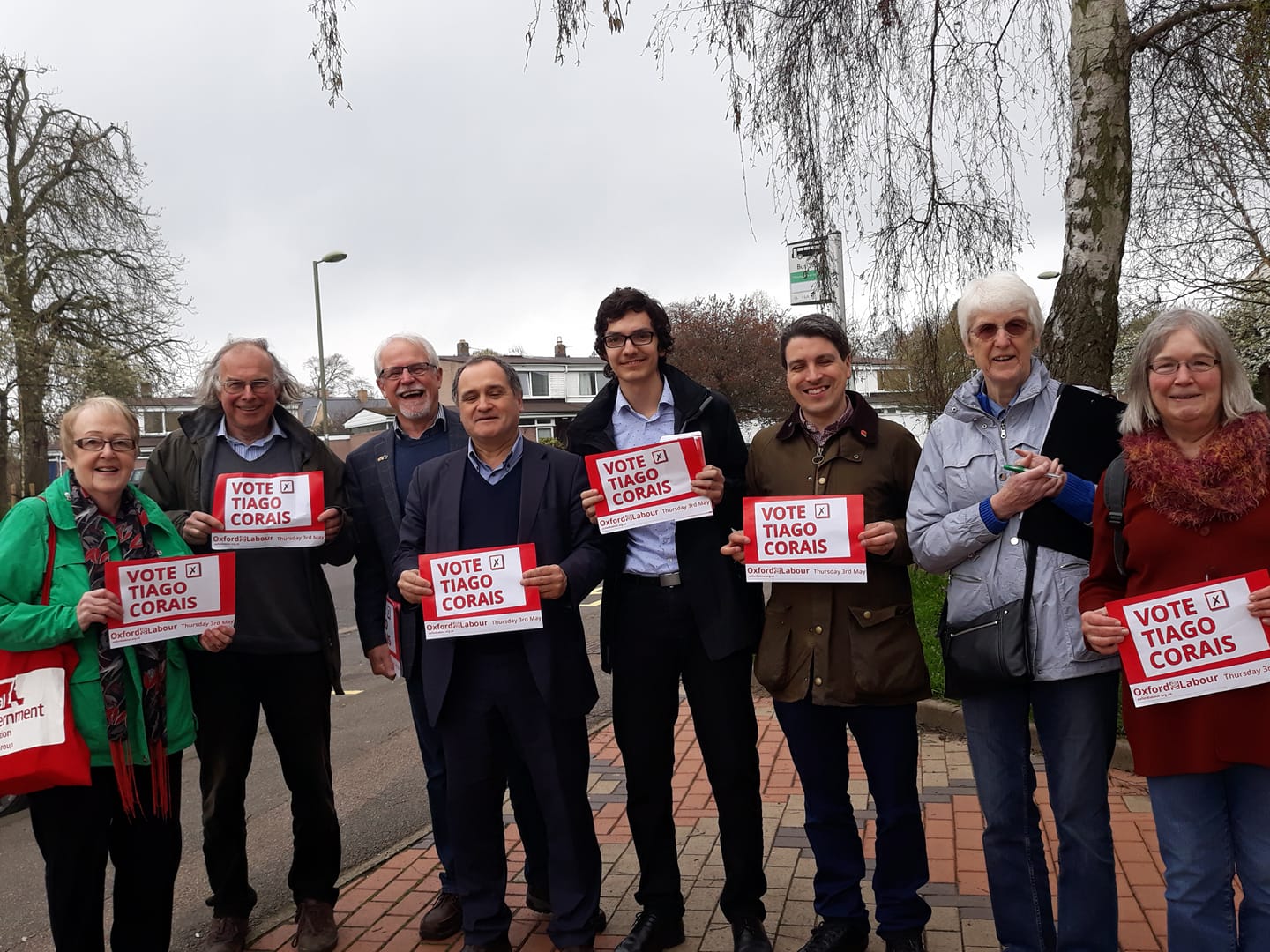 On Sunday 15th April Oxford Labour welcomed the distinguished Portuguese MP, Paulo Pisco, to the campaign trail in Littlemore as he joined Labour members and supporters to rally support for Tiago Corais, the Labour candidate in the ward.

Paulo Pisco is a member of the Portuguese Socialist Party and is Chair of the Foreign Affairs and Portuguese Communities Committee in the Portuguese Parliament, which has responsibility for relations with Portuguese communities across Europe including the UK. He is a journalist by background.

Tiago Corais, Labour’s candidate in Littlemore, met Mr Pisco in his capacity as Chair of the Portuguese Socialist Party in the UK. He works as an industrial engineer in the car industry in Oxford and is married with a baby daughter.

There is a Portuguese diaspora community numbering over 500 in Oxford and Mr Corais was delighted that his fellow countryman met some of them on the campaign trail. Mr Corais has organised visits for Mr Pisco to local businesses with a Portuguese connection.

Mr Corais said ” I am delighted to welcome Mr Pisco to our corner of Oxford. I want to represent everyone in Littlemore and that will include some residents like me who were born in Portugal and now live and work in the UK. After our campaigning, we celebrated his coming to Oxford by visiting Franca’s Café in Atkyn’s Road.”

Mr Pisco said ” Tiago Corais is from Portugal and lives in Littlemore and I am sure he will make an excellent Councillor on Oxford City Council. It is important that everyone, including people originally from Portugal, use their votes in the election on May 3rd.”