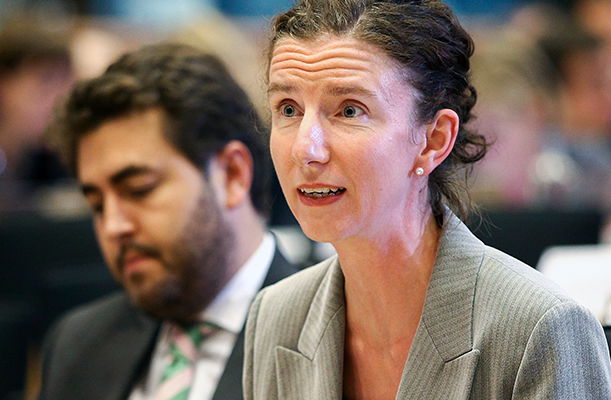 The Oxfordshire Science Declaration created by Anneliese Dodds MEP has reached over 200 signatures.

This declaration was generated following the Summit for Oxfordshire. Organised by Anneliese, the Summit brought together the county’s scientists, academics, business people, trade unions and cross-party politicians to discuss the impact of the Brexit vote and how we can work together to respond to the many challenges brought to Oxfordshire’s science by Brexit. The attendees at the Summit agreed on the terms of the Declaration to indicate their support for Oxfordshire’s European science links and scientists. This followed worrying reports in the media that British-based scientific projects are facing a withdrawal of funding and opportunities for collaboration with scientists from EU countries, following the EU referendum last June.

Anneliese Dodds MEP said “I am very pleased to see that the Oxfordshire Science Declaration has been signed over 200 times. Oxfordshire is a leading high-tech region, with workers from all over the European Union, and it is imperative that preventative steps are taken to cushion the inevitable effects of Brexit on science and technology. Science is inherently a cross-border discipline, demanding much international collaboration, and we need to ensure that links between the EU and Oxfordshire are retained and maintained following Brexit.

Oxfordshire also needs to remain inviting for talented EU nationals who want to continue to work here, and who contribute so much to Oxfordshire’s, and the UK’s, scientific research and innovation.

I would love to see the Declaration gaining as much cross-party support as possible. Scientific research drives much of Oxfordshire’s economy and industrial strategy, so it is hugely important that people from across the political spectrum get behind our locally-based scientists, projects and institutes.”

If you would like to support and share the Oxfordshire Science Declaration on social media accounts you can find the link below: