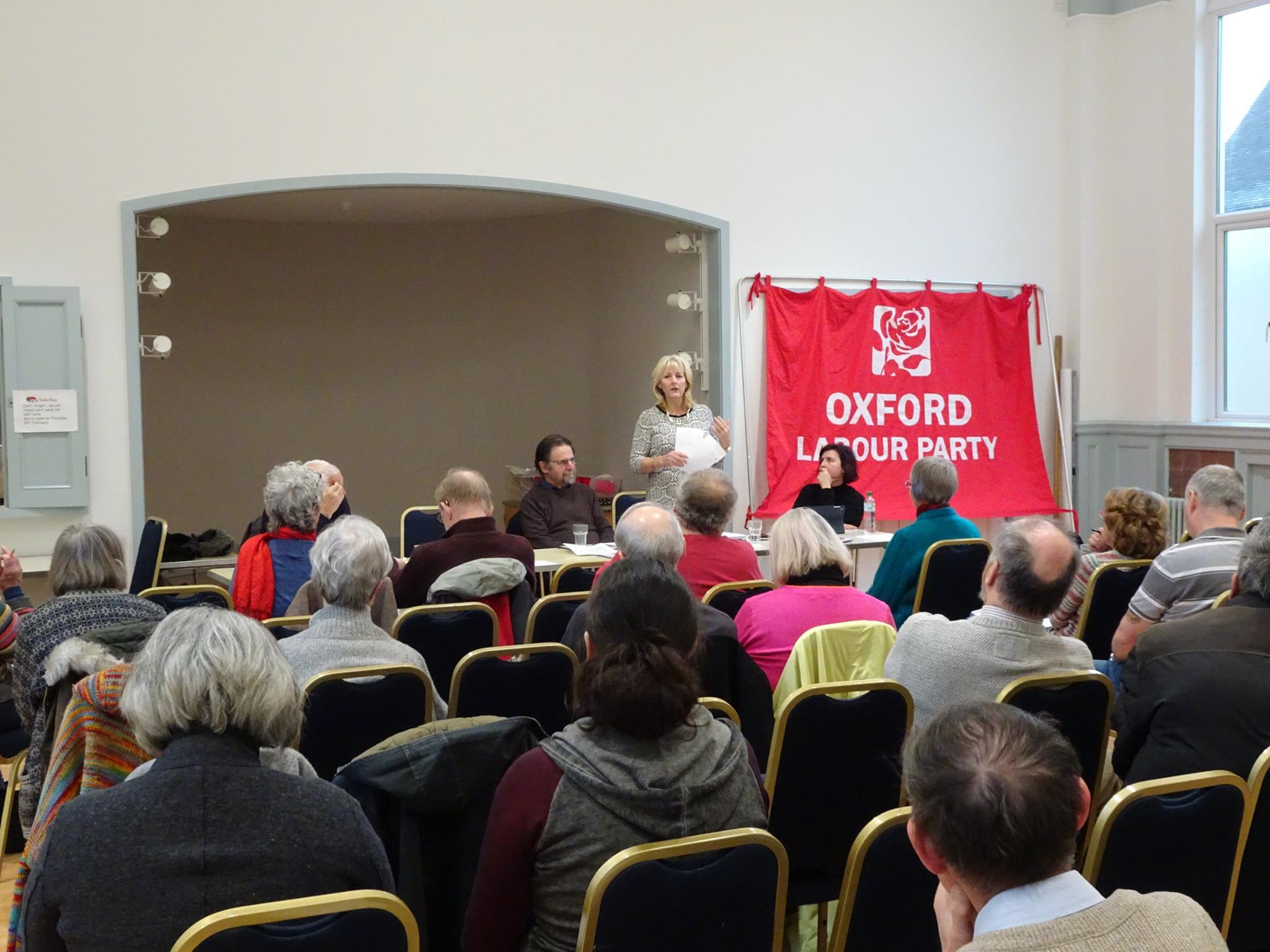 About 30 people attended the seminar on the party’s national consultation on industrial strategy held at the Wesley Memorial Hall on 11th February. Anneliese Dodds MEP gave an introduction and brought greetings from Andrew Smith MP and Cllr Bob Price.

The proceedings were filmed and can be viewed on Youtube at

Steve Jefferys – Emeritus Professor of European Employment Studies at London Metropolitan University and Director of the Working Lives Research Institute (2002-2015), established to research the ways trade unions and working people across Europe make their voices heard in the face of globalisation and xenophobia.

Özlem Onaran – Professor of Economics at the University of Greenwich and the director of the Greenwich Political Economy Research Centre. Ozlem has worked with trade union and labour movement organisations in the UK, Germany and Austria. She is also on the Policy Advisory Group of the Women’s Budget Group. Ozlem spoke in Oxford last year at the meeting in the Town Hall also addressed by John McDonnell.

There was general support for the policy priorities to which the party is already in the main committed, including;

There was also agreement on the need to promote our economic policy alternatives in ways which can be put across on the doorsteps and on street stalls in the same way as we feel confident about promoting our policies on for example the NHS.

Shifting investment towards social objectives such as housing, health, greater equality, and sustainability would not ‘crowd out’ private investment but would lead and stimulate it by creating medium and long-term confidence.

The NHS, for example,  could be developed as an ‘economic superpower’ generating innovation and spin-off for the rest of the economy much as the defence industries have done in the past.

The idea of the ‘green economy’ has begun to win acceptance for the concept that the sustainability agenda is not a net cost to the economy to be ‘afforded’ when the conventional economy has been made able to ‘deliver’ but rather the basis of whole new industries of the future (though of course the lesson is lost on the Tories who are now privatising Labour’s Green Bank).

So also the idea of ‘purple investment’ in education, health, childcare, nursing homes and tackling the care deficit would have a positive impact on productivity, employment and tax revenue.

Since the seminar Rebecca Long-Bailey has announced that the deadline for submissions to the review was being extended from the 16th to the 23rd February, and Jennie Formby has asked Steve Jefferys and Ozlen Onaran to give evidence to the review along the lines of their contributions.

Several of those present gave their contact details for continuing to be involved in working on ways to popularise Labour’s economic alternatives in formats that can be used on doorsteps and on stalls.